Chocolate-Covered Katie is my new favorite vegan food blog.  She has the best recipes in the world.  I’m obsessed with this one.  I have it every day for breakfast.  Seriously.  There are so many variations you could never get bored.  So here it is!

Baked Oatmeal.  Simple, isn’t it?  With all the ingredients that you would most likely use in a bowl of oatmeal.  Only worlds better.

Here are the basic ingredients: old-fashioned oats, vanilla, salt, almond milk (or some other non-dairy milk – like my new fave…. almond coconut!) and applesauce.  Actually even the applesauce can be replaced with canned pumpkin or mashed banana.

You can go crazy with additional ingredients.  Whatever floats your boat on any given day.  And that is probably why I can eat this every day and not get bored.

Preheat oven to 400° – put 1/2 c oats, a pinch of salt, 1/2 tsp vanilla, 1/4 c applesauce (or banana or pumpkin) and 1/4 c milk in a bowl.  Then the fun begins.  You can add in any of the following that sound good to you on any given day: cocoa, peanut butter, walnuts, pecans, coconut, cinnamon, chocolate chips, raisins, etc. 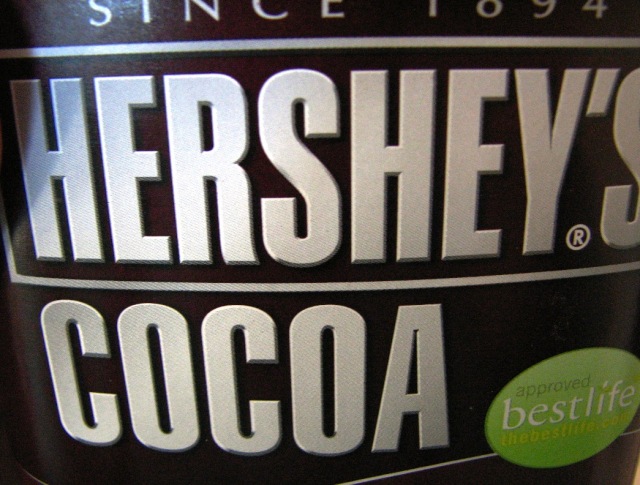 Today I was in a chocolate mood.  So I added a tablespoon of cocoa. 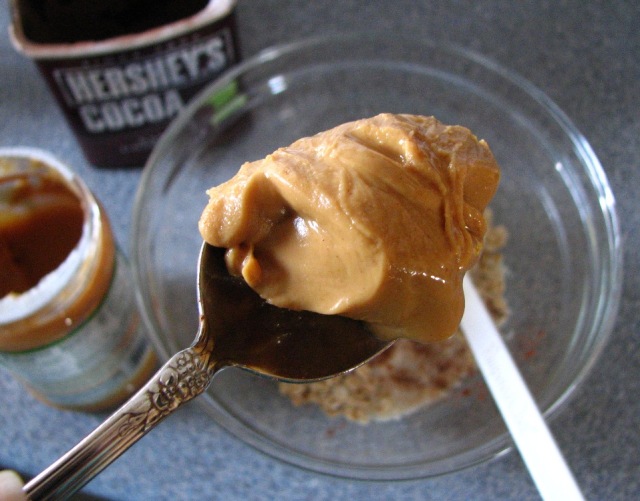 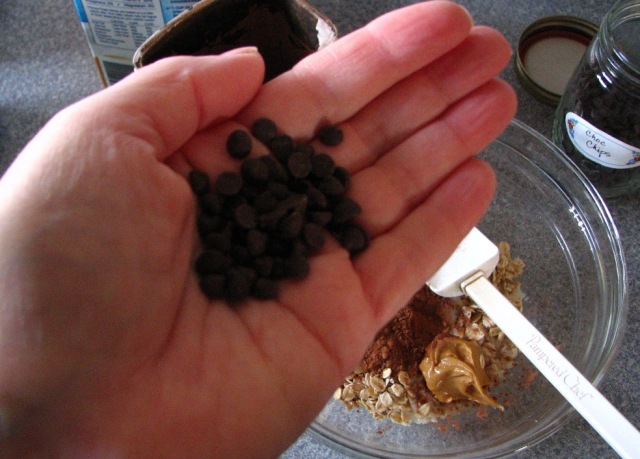 Then because surely that wasn’t enough chocolate, I threw in a handful of chocolate chips.  These are actually vegan chips!  No milk.  Just chocolate.  More yum. 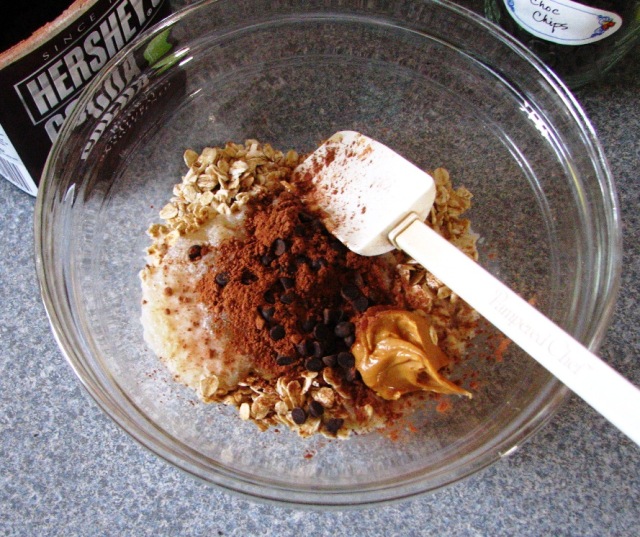 Then just stir it all up. 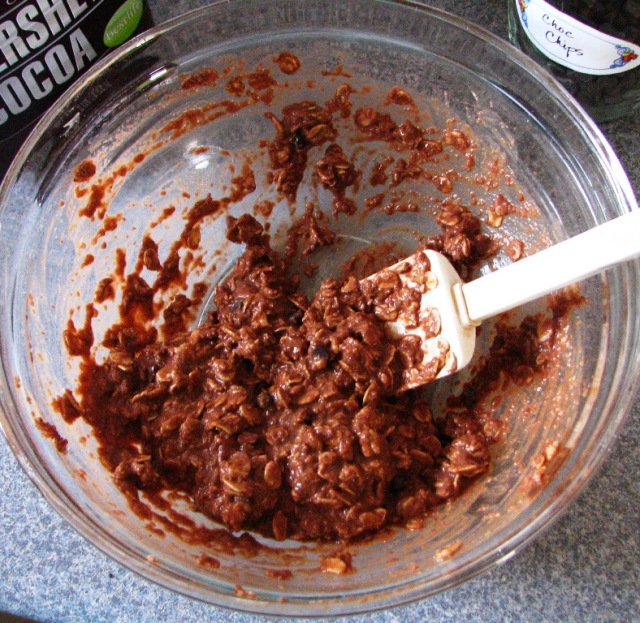 Until it looks like this.  By the way remember No Bake Cookies?  The ones with oatmeal, chocolate and peanut butter that you cook on the stove and then drop by spoonfuls onto wax paper?  This tastes just like those.  For breakfast.  Terrific.

Then spoon it all into a little ramekin.  That you have sprayed with a little canola oil spray. 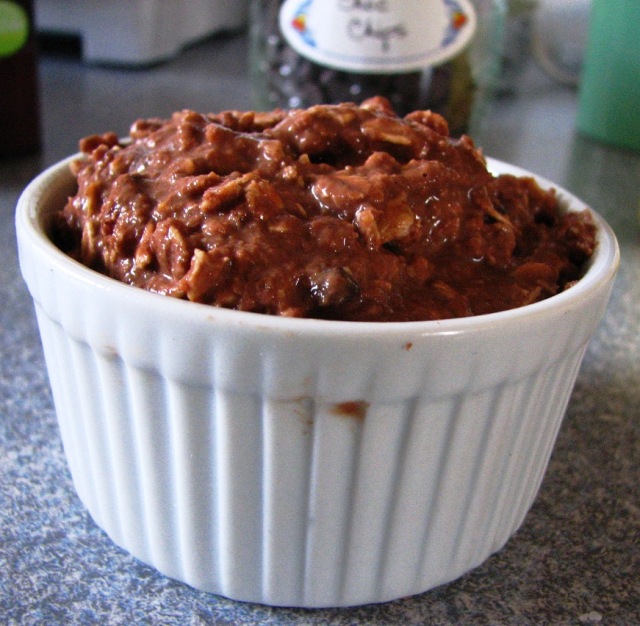 Bake for 20 minutes.  Then for a nice crusty top, turn on the broiler and broil for about 3 minutes more.  And after removing from the oven, drizzle on about 1 tablespoon pure maple syrup or agave nectar.

I like to have mine with a little vegan sausage on the side.  And I usually chop it all up as seen above, and then pour the syrup on.  I only use about a tablespoon of syrup.  So, so very good.

And because there are so many variations, you can have it every day!  Try chocolate chips and coconut and feel like you’re having a mounds bar for breakfast.  And banana with walnuts?  Just like banana nut bread.  I even sprinkle in a little cinnamon with that one.  Pumpkin is pretty spectacular too.  I add in cinnamon and nutmeg with that.  Throw in some raisins and feel like you’re having an oatmeal cookie for breakfast.  You could throw in some ground flax too.  Just to boost the healthiness of it.  As if it isn’t already one of the healthiest breakfasts around.

Enjoy!
Barb
P.S.  I changed up things just a bit from what Chocolate-Covered Katie does.  I cook mine at a higher temp than she recommends.  It could just be my oven.  So experiment with yours.  And let me know if you come up with a new variation!

4 Responses to My New Favorite Breakfast