Planes, planes everywhere.  OK, I hear you.  It is called AirVenture after all.  And for airplane lovers far and wide (of which my Dear Hubby is one), it is the place to be in July.  Oshkosh, Wisconsin.  And cool temps for people who live in much warmer locations.  I’m all about the cooler temperature. 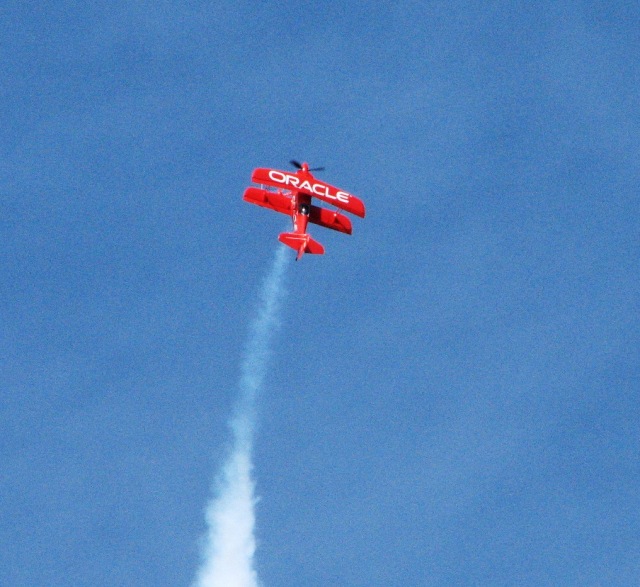 There are planes in the air…….

And then there’s this one…..

I believe it’s supposed to make you feel like you’re in a car while you’re really in the air.

It has four headlights……

…. and a panel that is somewhat car-like.

….and even a trunk where you can put all your stuff!  I’m thinking it would hold a lot of fabric for your wife who is a quilter, don’t you think?

All  sizes and shapes.

As far as the eye can see.  And farther.  But I think I already said that.

Did you know that Rolls-Royce had something to do with airplanes?  I sure didn’t.  Dear Hubby tells me they make the engine on this one.  The things you learn!

Dear Hubby checks them all out.  This one actually had a rattlesnake coiled up on the back seat!  It was fake, but he said it sure looked real and he definitely did a double take.  I suppose it would keep anyone from trying to climb into the airplane while they were looking. 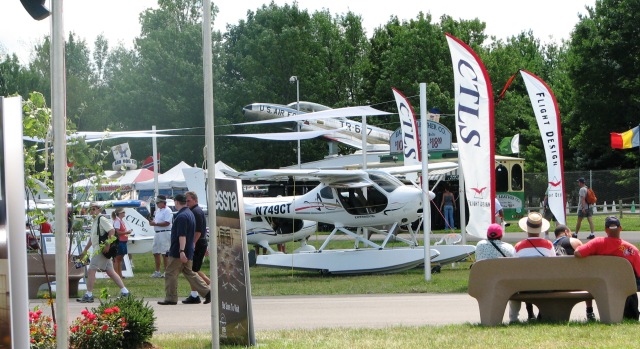 The little one on floats would be a good one to have if you moved to Alaska.  Dear Hubby dreams of living in Alaska, where everyone owns a plane and you park it at a dock on the lake in your back yard instead of a boat.  Very cool for flying enthusiasts.

This is the main entrance to the EAA AirVenture.  You are greeted by propellers at the gate!

And when it gets to be time for the afternoon Air Show to begin, people gather in the shade of the airplane wings to watch. 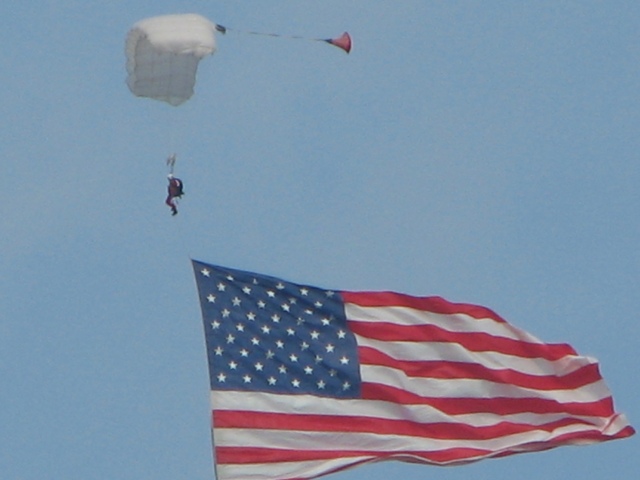 They start with the paratroopers.  That is one BIG American flag!

And the National Anthem is sung.  And it is timed just right so that it ends just as the flag touches down.  And all the people stand and watch.

Let the Air Show begin!  I might also say that there is a show every afternoon.  And even if you are not on the flight line watching.  Say you are at your motor home taking a nap?  You still know that the Air Show has begun by the sound in the sky.  Everyone walks around looking up.  It can be quite dangerous.  Dear Hubby nearly mowed me down one day when I stopped to look up and he looked up but kept on walking.  Dangerous I tell you!

The planes are all painted in bright, beautiful colors.  Like this red and black one. 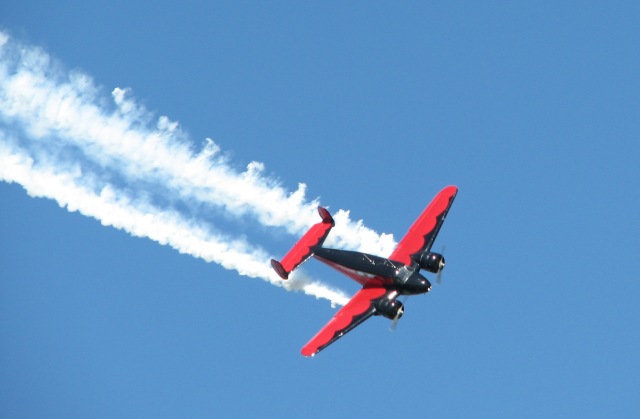 How about this bright red and yellow one?  Notice none of these planes is just flying in a straight line with their wings level.  I have no desire to ever fly in one of these kinds of planes.  I like my wings level when I’m flying.  Not vertical. 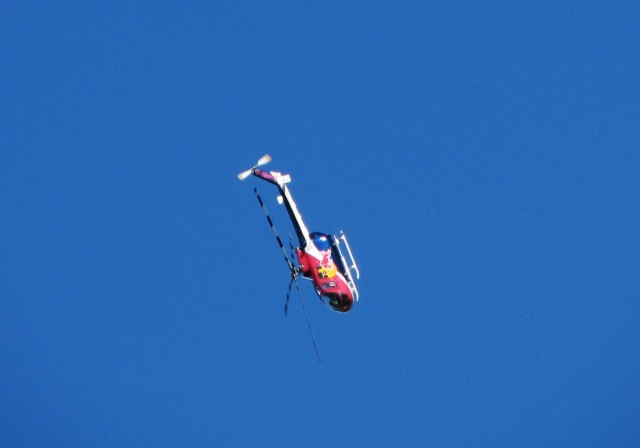 Even helicopters get in on the sideways action!  This one did all kinds of loop-de-loops and maneuvers.  Not one I would like to ride in either.

Speaking of not level.  Here’s a little montage of pictures where the wings are pretty level.  Just upside down. 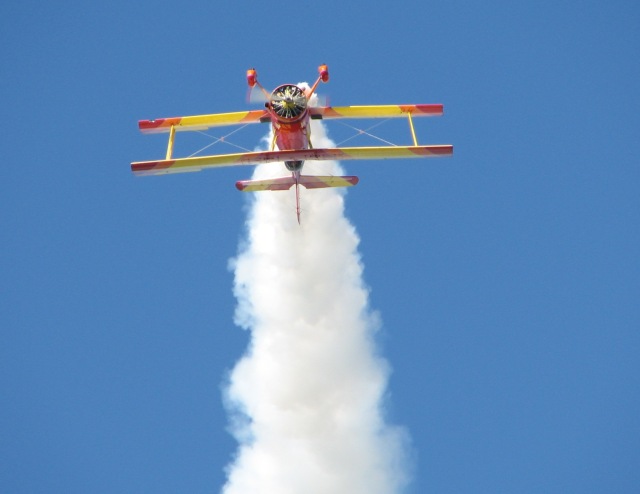 Isn’t he/she cute upside down?  I loved this picture.

Even the helicopter got in on the act.

And I guarantee you this is one thing you’ll never see on my Bucket List.  Fly in helicopter upside down.  Nope.  Won’t ever be on a Bucket List of mine.

And these four planes are my absolute favorite at the AirVenture Air Show every year.

They are so photogenic.  And so close together.

Can you imagine flying along and looking out your window to see planes that close on both sides of you?  Scary.  Not on my Bucket List either.  But they sure are pretty from the ground.

Very cool.  And too close together.  I hold my breath while watching them.

And then they do this: 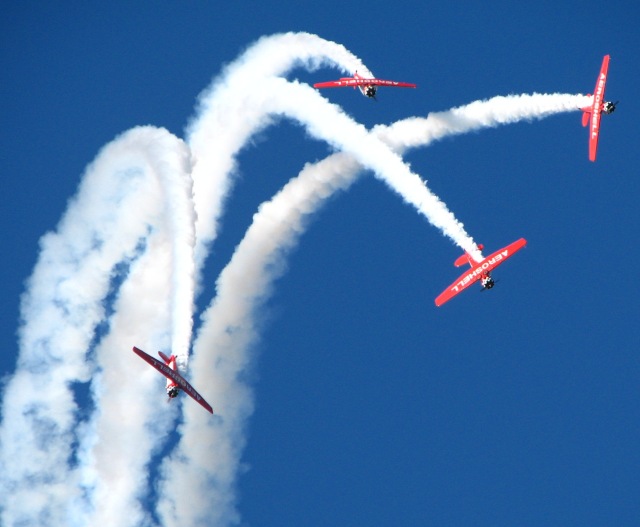 Very, very, very photogenic.  And scary.  But I love watching them every time.  Even if I have to hold my breath.

11 Responses to Planes of Oshkosh