I met a TV celebrity yesterday.  And she was lovely.  We chatted for hours and hours.  Well, at least it seemed like hours to the people behind me in line for the book signing.

It’s Melissa D’Arabian.  In case you don’t know her she’s a star on the Food Network.  And you need to get to know her.  She’s great!  That’s me on the left and my friend, Karen, on the right with Melissa.  Karen is the one who turned me on to Melissa when she was competing for the title of The Next Food Network Star.  I watched that show and was cheering for her all the way.  It was so fun when she won.  Exciting because she was a hometown girl from Keller, Texas!

She then launched her show, Ten Dollar Dinners and now she has published a cookbook. 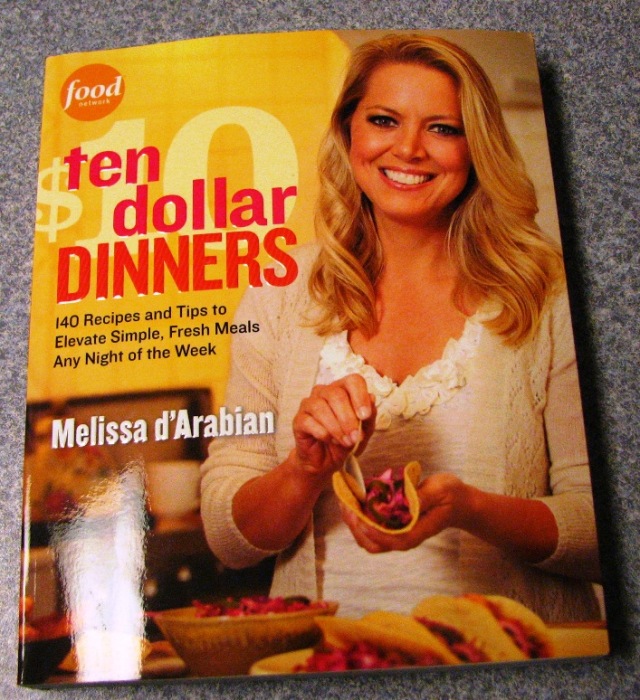 It’s a great book.  I can hardly wait until I have time to sit down and read it cover to cover. That should be in about 2035.  In the meantime I’ll just make a few recipes.

Not sure what I’m telling Melissa here, but she was obviously quite enthralled with my story.  Good thing you can’t see the look on the faces of the people behind us in line. 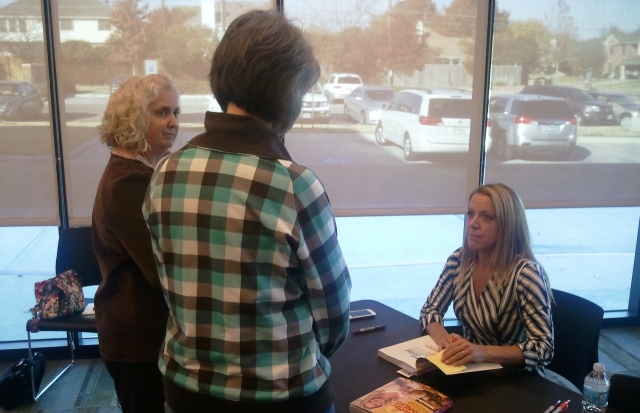 Did I mention that we talked for hours and hours? 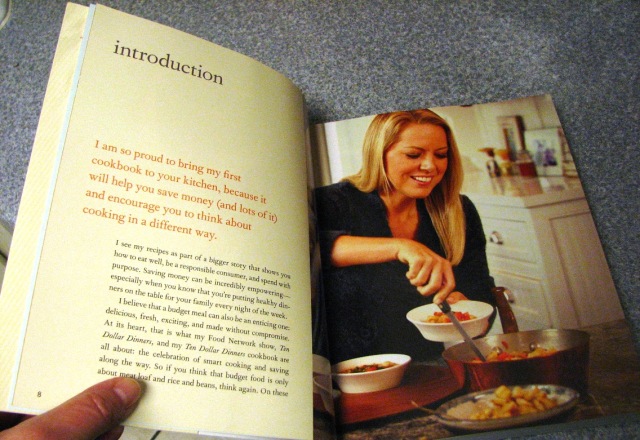 See how fun the book is?  I like her philosophy – save money and think about cooking in a different way.  I’ll let you know when I try out some recipes.  You might need to get her cookbook too, don’t ya think? 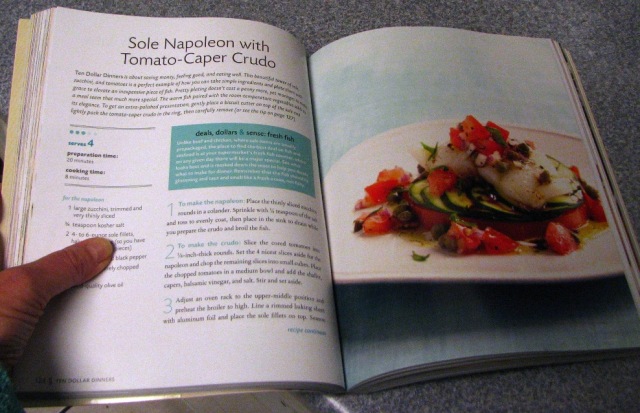 The food pics really made me want to run straight to the kitchen and start cooking.  I wonder if that’s what she means by “thinking about cooking in a different way?”

Melissa likes to sign her books in a really bold, colorful way.  I told her I had a blog so she personalized my book.  And apparently hours and hours of talking to her is a chat.  She is one smart cookie.

This entry was posted in food and tagged $10 dinners, food, Melissa d'Arabian. Bookmark the permalink.