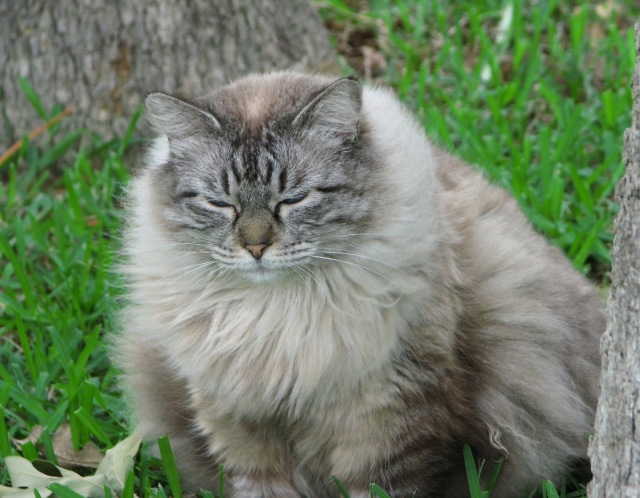 It’s been over 3 months and this is still a hard post to write.  But I’ve meant to write and people have asked about her so I thought I’d do a little tribute to Miss Kitty today.  You might remember that last August I wrote that she had stopped eating and I was feeding her with a syringe.  She was a trooper!  She rallied, gained weight and she and I bonded.  And had two more glorious months together. 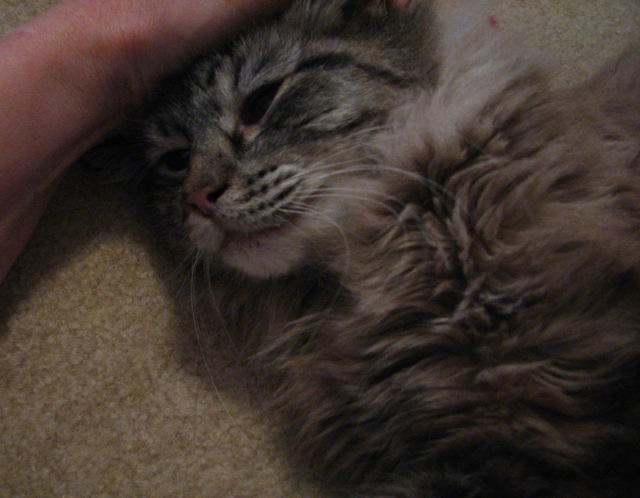 But later we found out that she had cancer – a large tumor in her chest showed up on x-rays.  And in October of last year, she stopped eating again and declined quickly.  So we knew it was time. 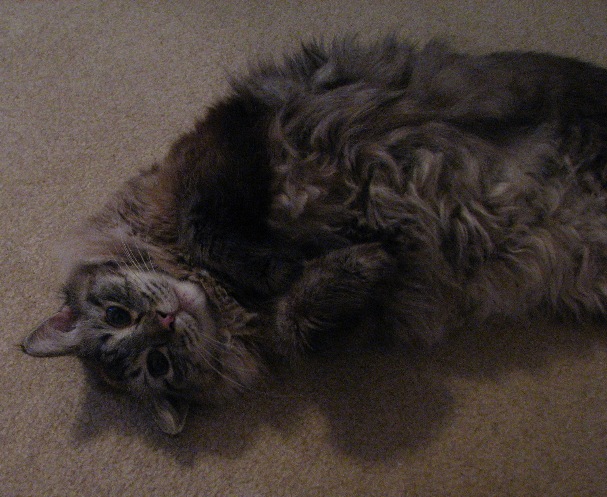 I think this was her favorite pose.  She loved to lay on her back and stare up at the world. 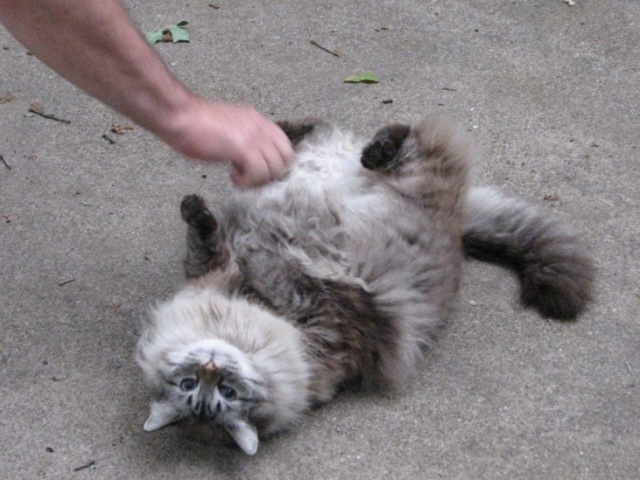 She came home from Tulsa with Dear Hubby after he worked up there for a year.  She adopted him in the trailer park where he was living in our motorhome.  And they bonded.  So she came home with him in 2009.  At least I think it was the summer of 2009.  The vet told us she was about 3 years old at the time.

She loved to play with Dear Hubby.  She would stay outside and come running when he came home from being gone.  She wasn’t sure that she liked me so much.  In fact, she hissed at me for a whole year.  My friends laughed.  They know what a cat lover I am!  But I was the other woman to her.  I’m glad that we had that good bonding time at the end.

Boo tolerated her and she tolerated him.  At first.  But they learned to get along and played together too.  And even had an occasional sit together time.  Very occasional.

So she started living inside more and more.  And was very much a part of our family.

We do love our pets, don’t we?  And I miss Miss Kitty.  And knew that she deserved a little tribute on the blog.

Hug your furry friend for me today,
Barb

This entry was posted in Miss Kitty and tagged cats. Bookmark the permalink.